Suggesting changes for Devs to make to Eve Online is one of every pilot’s favourite past-times.

Anyone who undocks will, sooner or later, pipe up with their views on what will make the game better. That’s not a bad thing. Having people invested in the game is great. Getting passionate about a game, and also getting so well-versed in it that you can see potential tweaks is great for the game. Long may that last.

But I do wonder if people reach for that Dev suggestion box a little too easily. The ‘CCPlease’ tag is constant on discussion forums and I worry that it’s breaking the fourth wall of Eve. Let me explain what I mean.

Your character in Eve Online doesn’t know what CCP is. They’re alive in New Eden. The universe that they occupy is massive, but finite. The problems that they face – from ship fitting to defeating enemies – are all problems within their universe. To truly inhabit the game, surely the problems faced by your character should be solved by the tools provided within New Eden? To ask CCPlease to change things to solve some issues is to break out of the New Eden reality. It’s like praying to God and actually getting an answer.

I understand that Eve is a constantly changing environment. New features are great for expanding the Universe, and they’re introduced through storyline and lore. Ship balances are there to even things out. Some changes (making warp-core stabs active, for example) nudge the narrative in a certain direction. They move the game into a more engaging style where people have to live and breathe the game, and not just log in and tune out.

If you think a ship doesn’t have enough mid slots, don’t CCPlease it. Fit it wiser or fly another ship. The limitation is by design. Eve doesn’t have cheat modes (apart from the loot bots on Jita IV-4). It’s a challenge. Take it.

0.0 is another area where people are yelling for changes. The reason? They say that CCP dynamics are such that once a large bloc alliance are in an area of space, they can’t be removed. For that reason, they want CCP to intervene. They want changes to the infrastructure / rules / programming to achieve their aims.

I don’t think that’s the solution. The solution should be in-game. If you’re in one of these alliances and you want to displace another alliance, then you’re in the perfect position to figure out the solution. You should know what your own weak points are and what the potential ways to exploit them are, and how to apply that to your enemies. The question is, whether or not you have the will to do it.

If your alliance has super-capitals, experienced pilots, organised fleets and the will, then you should be able to develop the tactics to obliterate your enemies or die trying. Why wouldn’t you? Why would you log-in month and month and not even try?

I’m not saying changes shouldn’t be suggested. The aforementioned warp-core stab change was a pilot suggestion. Eve Pilots come up with some amazing suggestions, and CCP are open to them. Just make sure that your suggestions develop the narrative and aren’t just to make your life a little bit easier, or would do something that would clearly change the whole direction and ethos of Eve (eg, make ganking impossible in hi-sec. CCPuh-lease).

Despite all of the above, I’m putting together a video which will mention a whole bunch of suggestions which I think would improve Eve and help move it into it’s third decade. I promise, though, that they won’t be requesting an additional slot on any ships.

Next How to Ninja Loot in Pochven 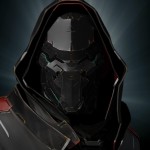 How to Ninja Loot in Pochven

How to Ninja Loot in Pochven